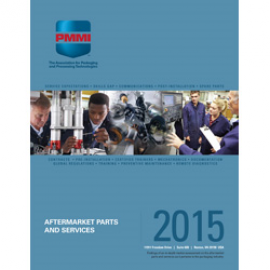 According to PMMI's 2015 Aftermarket Parts and Services report, end users may buy new processing and packaging equipment every few years, but their need for spare parts and aftermarket services is ongoing to keep those machines operational. Increasingly, end user satisfaction with the level of aftermarket support provided by OEMs is being determined by the quality of each OEM’s service technicians and the cost and delivery of spare parts.
Since the 2008 PMMI report on Aftermarket Parts and Services, end users interviewed say their level of satisfaction with OEM support depends on the individual OEM. The most critical areas of aftermarket parts and services end users look for when evaluating a machine builder or the overall value of the machine, beyond cost and quality, have remained relatively consistent over the past five years.  However, more end users report that it depends on the OEM as to the skill level of their technicians to service complex machines with a knowledge of mechanical, electrical, software and programming.