Gender Parity in the Workplace

There has been a lot of discussion lately on gender parity in the workplace, thanks to Melinda Gates who has committed one billion to promote gender equality by supporting programs and policies that expand women’s power and influence - and with the release of the latest McKinsey report, Women in the Workplace 2019.

Concepts from that report are being highlighted at PPWLN’s breakfast during PACK EXPO East and I highly encourage all those going to Philly to attend on March 4. It is fascinating work that highlights gender wage gaps are just one result of various social, psychological, political, economic and organizational forces.

Here is a hard stat – if we extrapolate the rate of change in pay equity just in the United States, it is estimated to take 208 years (from the time of that study) for women to reach pay parity with men. Canada’s estimate to parity is 50 years. Sounds a little more encouraging I suppose, but imagine - my daughters, and yours, will still be fighting against the tide to earn an equal dollar, equal opportunity and equal level of influence over their lifetimes and the following generation, and that is simply unacceptable. 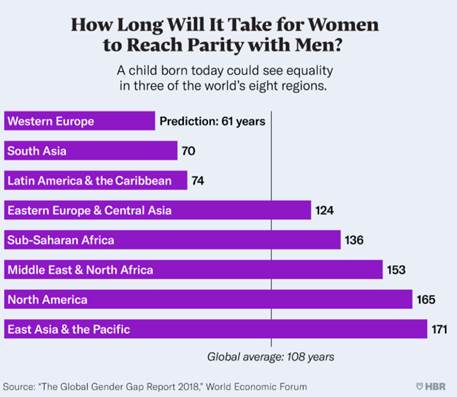 So let’s fight now to make those hard changes to policy and social equality that support and perpetuate women to positions of influence and visibility as mentors.

What are your thoughts on the rate of change and the key drivers that can make more immediate impacts for political, social and organizational change? We'll discuss this and more during PPWLN's networking breakfast. Find out more and register here: https://www.pmmi.org/womens-leadership-network/events.